We are tempted to form a “Capital Homesteading Pool” to gamble on which leader(s) in which country(ies) will wise up first and implement Capital Homesteading or some other form of economic empowerment legislation instead of figuring out ways to spend more money that doesn’t exist.  We’re not against gambling — as recreation — but the idea of linking proposals for genuinely productive activity in any way to gambling is more than a little off-putting.  After all, we already have Wall Street and Congress, so why have another way to gamble?  Instead, here’s what this week has brought in the way of the Just Third Way: 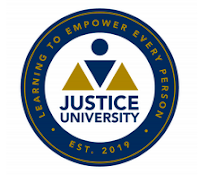 • Justice University Sessions.  This week saw the completion of a pilot program for “Justice University,” consisting of a ten-session course covering topics giving an introduction to the overall Just Third Way.  The course was given over five weeks, with two sessions each week, over the internet using Zoom.  The seven participants all expressed appreciation and approval of the program, despite the “bugs” that always occur on the trial run of a new program. 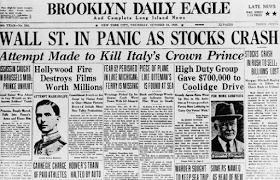 • Dow Drops (Again).  Not that it actually means anything, but the announcement by the Federal Reserve the day before yesterday that it was keeping interest rates low and the “jobs report” has (allegedly) resulted in — as of yesterday — a 1,861.82-point drop in the Dow Jones Industrial Average . . . just as the Federal Reserve announced the worst was over.  We say “allegedly” because it is never exactly clear why the stock market goes up or down anymore, especially since it has lost almost as much connection with the primary productive sector as the Federal Reserve itself.  Ironically, both the stock market and the Federal Reserve are essential institutions, but neither was ever intended to replace the real economy, you know, the one where actual people produce, consume, and do stuff that actually means something.  No, the central bank and the market for used equity and debt (that’s why it’s called the secondary market) produce nothing, and are there to assist the primary market.  A central bank is a “commercial bank for commercial banks” to ensure that commercial banks never run out of liquidity (and for other purposes that we don’t need to go into right now), while the stock market is to help people buy and sell things in an orderly manner.  A central bank was never intended to finance government, any more than the stock market was supposed to allocate credit. • Academia in Peril.  Financial peril, that is.  Academia long ago slid into the abyss of educational failure long ago.  With the pandemic shutting institutions of higher (and lower) learning for who-knows-how-long, however, a number claim to be thinking about shutting their doors for good.  Given that many colleges and universities have degenerated into ideological kibbutzes and job training for jobs that no longer exist, it might be time to think of a genuine reform or two, such as teaching sound principles of natural law and other philosophical subjects that have been dropped, such as what is justice, law, sovereignty, virtue, and all that — you know, what people used to consider the meaning and purpose of life: becoming more fully human.  Perhaps something like “Justice University” might show the way to the rest of Academia. 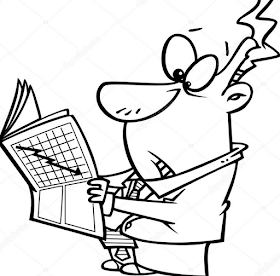 • Why Did the Dow Drop (This Time)?.  Yes, we know that the announcement by the Federal Reserve that it was keeping interest rates low and the bad jobs report are given the blame, but why?  Interest is a cost of doing business.  If interest is construed (erroneously, in our opinion) as the “price” of money, then shouldn’t there be businesses rushing to expand operations, hiring people, and producing?  After all, with unemployment up, there are plenty of people who can be put to productive work and thereby generating the consumer demand that stimulates the demand for new capital . . . unless something other than human labor is what is productive.  By Say’s Law, if you can’t produce, you can’t consume.  If capital is doing most of the production of marketable goods and services, and most people own no significant amount of capital, then most people won’t have the effective consumer demand to be able to purchase what is produced.  If, however, people do own a significant amount of capital, and can spend the income generated by capital on consumption instead of reinvestment into additional capital, then there will be sufficient demand to justify  the new capital and the income to take care of most people.  Capital Homesteading seems to look better and better all the time. 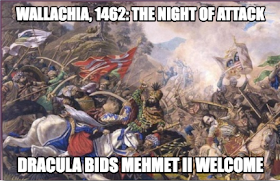 • Old Review Of, and New Interview On Ten Battles.  Just yesterday we came across a review of Ten Battles Every Catholic Should Know from two years ago that we missed when it came out.  It is pretty good, and the “negatives” aren’t really negative.  Today we also had an interview on “Sensus Fidelium,” Steve Cunningham’s YouTube channel about the book, the link to which we’ll share when it gets up.  None of this has very much to do with the Just Third Way.  We brought it up because during the pre- and post-interview confab, we happened to mention CESJ’s work regarding the Just Third Way of Economic Personalism (just by coincidence, mind you), and the origins of and relationships between socialism, modernism, and esotericism.  Steve said he would like to have us back for another, longer talk on the Just Third Way in  week or two, and how it relates to the First Vatican Council, 1868-1870, especially regarding the definitions of papal infallibility and the primacy of reason, and Pope Leo XIII’s 1891 encyclical, Rerum Novarum.  It would be good to tie it in to the release (upcoming, we hope) of Economic Personalism. 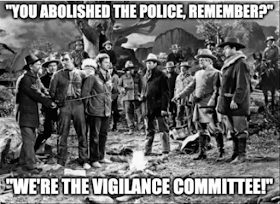 • The Defund the Police Movement.  It’s not entirely clear what they think is going to happen, but the “Defund the Police” movement seems to be gathering momentum.  Effectively, whatever the intent, it seems to be a euphemism for “Abolish the Police.”  If so, it would seem to be an extraordinarily silly — and extremely dangerous — thing to do.  A cartoon originally published in September 2017 as part of an “Abolish the Police” movement has been circulating, purporting to show how a world without police would be a virtual Heaven on Earth.  One is tempted to wonder how well these people thought any of this out.  Reports coming out of the recently established police-free “Autonomous Zone” in Seattle suggest that the self-policing being enforced might be far more rigid and rigorously enforced than is usual in that city, with residents of the Zone being required to show IDs to enter the Zone and on demand.  The park in the area is being dug up and planted to crops of some kind, although it might be a little late in the season for that.  According to unverified reports, the homeless people invited into the Zone grabbed as much food as they could and left before it could be taken back, and a “warlord” has taken control, with plans to enlarge the borders of the Zone and commandeer essential supplies to keep the Zone independent. 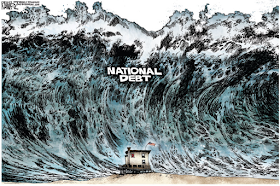 • Paying the Debt.  People are starting to ask how governments are going to pay down the enormous debt accumulated as a result of the Coronavirus.  One thing nobody seems to be considering is how debt is usually paid off: you produce a marketable good or service and provide it to customers, selling it at a price sufficient to meet your costs and compensate you for your time and effort.  Part of the cost of what you produce now is what it took to keep you going and bring you to the point that you can be productive.  True, there are accounting rules and tax laws that restrict what and how much you can charge to costs, but that’s not what we’re talking about here.  The problem now is to turn non-productive people into productive people so that they can help repay the debt incurred to keep them going up to now and generate enough to keep them going in the future.  If people can’t be productive by employing their labor, then they must be empowered to be productive through the ownership of capital.  To repay the “Coronavirus Debt” (and all accumulated debt, for that matter) something on the order of a Capital Homestead Act is required.

• Capital Hill Autonomous Zone.  Whatever else it might be, the CHAZ bears a rather chilling resemblance to the Paris Commune of March 16 to May 28, 1871 following France’s defeat in the Franco-Prussian War.  The thing to keep in mind, however, is that France came back from defeat and the horrors of the Commune, and was able to pay in full the $1 billion indemnity ($21 billion today, without figuring in purchasing power) imposed by Prussia that was specifically intended to destroy France economically forever.  How?  It turns out a number of things operated in France’s favor.  1) The discoveries of Louis Pasteur saved key French industries, notably silk, wine, cheese, and wool, at a critical time.  2) French products were in very high demand by the Nouveau Riche of Great Britain and the United States.  France could sell everything it produced, and were able to produce their heads off.  3)  Bismarck didn’t understand money.  Believing gold and silver were “real money,” Bismarck agreed to take payments in gold or silver.  The price of silver was going into the cellar, so France was able to purchase cheap silver, mint Fr. 5 pieces in the millions containing less than Fr. 1 worth of silver to ship to Germany at full face value.  Not needing so much silver, the Germans melted most of it and sold it at an 80% loss on the world market . . . most of it being purchased by France who re-minted it into Fr. 5 pieces and shipped them to Germany, repeating the cycle.  4) The key French industries producing silk, wine, cheese, and wool tended to be family- and worker-owned.  The people doing the productive work shared in the profits of production and thus benefited directly from what they produced. 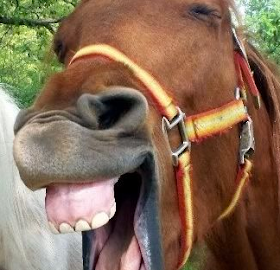 • Blog Readership.  We have had visitors from 60 different countries and 54 states and provinces in the United States and Canada to this blog over the past week. Most visitors are from the United States, Canada, the United Kingdom, Australia, and the Philippines.  The most popular postings this past week in descending order were “The War Against Fulton Sheen,” “The War Against Fulton Sheen (Continued),” “Interlude: A Short History of Social Justice,” “ ‘A Time of Great Trial’,” and “News from the Network, Vol. 13, No. 23.”